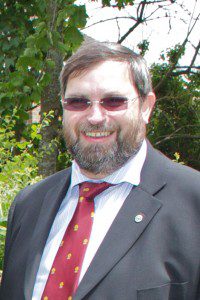 Congratulations are in order for Tony Kemp who has been awarded the MBE for Services To Pre Hospital Emergency Care.

Tony said: This is a tremendous honour and quite humbling. I have to thank my family who are so supportive of me and who are very excited about the award. This award, along with those to my colleagues recognises the valuable work undertaken by BASICS in the South East and across the UK.”

Seven members of SIMCAS were presented with the Queens Diamond Jubilee medal for continuous work in the emergency services on the 9th of June 2012 at Burwash East Sussex. 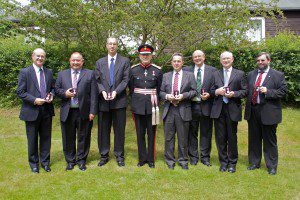 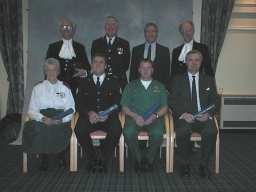 On the 21st of November 2000 at Slaugham Manor West Sussex, Royal Humane Society awards were presented to the crew of the Sussex Police Helicopter (Hotel 900) which took part in a heroic rescue mission earlier this year. Included in the crew was Dr Priscilla Noble-Mathews, a SIMCAS doctor from Midhurst, West Sussex. 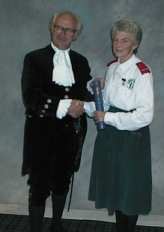 She was flying with the pilot, duty paramedic and and police observer when they were tasked to respond to a reported child in the water some 50 yards off the beach at Littlehampton. On arrival, the victim was lying motionless in the water and prompt action was needed. It was agreed that although highly dangerous they would take the risk and hover the aircraft on the water so that the paramedic could grab the child from the waves. Having done this, both medical personnel worked to resuscitate her whilst en route to the local hospital. Happily in spite of her ordeal, the young girl has made a full recovery.

We at SIMCAS, are justly proud that one of our members has been so honoured. Dr. Noble-Mathews has been a member of SIMCAS from when it first started and apart from long service to the community of Sussex, has also volunteered to run courses training paramedics in Rumania. She also teaches other immediate care providers on Pre Hospital Emergency Care (PHEC) courses and has recently passed her Fellowship exam in Immediate Medical Care at the Royal College of Surgeons in Edinburgh.