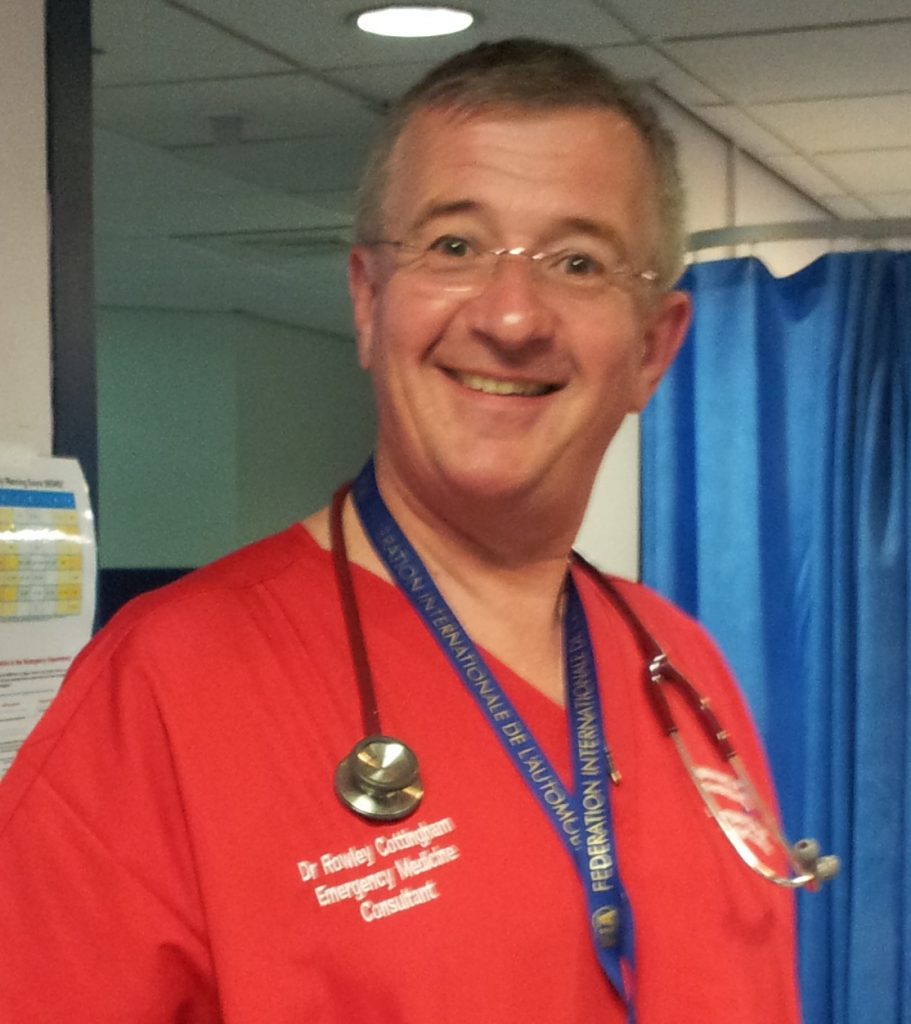 Rowley was Consultant in Emergency Medicine from January 1995 to 2019, working most recently at University Hospitals Sussex NHS Foundation Trust, although he still works part time for East Sussex Healthcare Trust and is also currently running a vaccination clinic in Eastbourne. Rowley was Honorary Medical Adviser to Sussex Ambulance and then South East Coast Ambulance Service from 2001 to 2013. He has been a medical responder supporting ambulance services since 1988, dealing with over 1,000 serious or life-threatening incidents including road crashes and major incidents at the scene, and is presently a trustee and Finance Director of the national charity, the British Association for Immediate Care (BASICS). He appointed and oversaw the deployment of doctors to Kent Air Ambulance, now Kent, Surrey and Sussex Air Ambulance Trust. He has an interest in imaging in medicine and maintains a library of some 4,000 clinical images. He was honoured to be the recipient of the Queen’s Golden and Diamond Jubilee medals in 2001 and 2012 respectively.

On top of all this, Rowley was also on the writing committee of, and a named author of, the MRC CRASH trials published between 2004 and 2019 in the Lancet on the management of traumatic brain injury and the use of tranexamic acid in haemorrhage. He remains a member of the Editorial Advisory Board of the Emergency Medicine Journal (EMJ).

What does he do outside work? He is married to Helen, lives locally in Cooden, and is a proud father and grandfather to three adult children and three grandchildren. Their love of holidays has been somewhat curtailed recently, but have travelled extensively in the past. He is known for riding large bikes and have turned up on scene on two wheels on many occasions. In the winter, you’ll find him out on the snow skiing and walking the dog extensively in all weathers. While he used to be a fast bowler and a wing-forward at cricket and rugby respectively, he tends to watch from the side-lines now. Instead, he’s about to take up paddle-boarding. Rowley is known for being approachable, and always welcome calls and discussions.