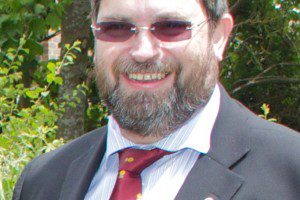 Tony Kemp was interviewed on BBC Radio 5 Live tonight recounting his experience at the Shoreham Airshow crash. You can hear the interview by clicking on the orange arrow on the Soundcloud website And also on the BBC Radio 4 Today program And BBC news

At about 13.20 on the 22nd of August a Hunter jet crashed whilst displaying at the Shoreham airshow in West Sussex. It crash landed on the A27 just outside the airfield and in doing so struck several cars travelling on the main road. SIMCAS member Mr Tony Kemp was attending the event as part of […]

A motorcycle collided with a car on the A2100 outside Battle at about 21.35 on Wednesday the 15th of July.  The teenage car driver was released from his car by the Fire and Rescue Service as Dr Pearce from SIMCAS and crews from SECAMB treated him and the couple in their 60s from their motorcycle. […]

Car crash at Wellshurst A267

Two cars collided today (14th July 2015 )on the A267 at Wellshurst at approximately 14.40. Two casualties (one from each vehicle) were treated by teams from Southeast Coast Ambulance Service, The Hazardous Area Response Team (HART) and Dr Alan Pearce from SIMCAS as well as another doctor who was a passer-by. Both casualties were were […]

At about 1AM on Saturday the 23rd of May 2015 a male pedestrian was hit by a car at the roundabout on Friday Street, Langney near Eastbourne. Dr Alan Pearce from SIMCAS attended with crews from South East Coast Ambulance Service and later by the team from the Helicopter service which arrived by road due […]

SIMCAS member Dr Alan Pearce was called to near Crowborough railway station at 00.45 on the 13th of April 2015. A red Renault Clio had collided with the  wall of St Michael and All Angels church and ended up on its roof.  Unfortunately both of the occupants were confirmed deceased at the scene  due to […]

Pedestrian Struck by car in Hellingly

A man was struck by a car in Hellingly at around 01.15 on the morning of the 30th of July 2014. He sustained serious head and chest injuries and was attended by Dr Alan Pearce of SIMCAS and members of South East Coast Ambulance Service. He was stabilised until the arrival of the Air Ambulance […]

On Friday the 18th of July at  20.48, SIMCAS member, Dr Ben Chishick was called to Pontins at Camber Sands. A sudden thunderstorm had blown over a large tent resulting in 4 people receiving serious injuries.  Due to the severe weather the Air Ambulance was unable to attend. Dr Chishick stabilised and treated the casualties […]

RTC A27 Near Drusillas

A male car passenger was evacuated to a London hospital by the Air Ambulance after his car left the road and collided with trees on the A27 near Drusillas today. He was released by the East Sussex Fire and Rescue Service after being trapped for an hour.  Members of the South East Coast Ambulance Service […]

Two Kent crashes in one day

SIMCAS volunteer nurse Tony Kemp from Tunbridge Wells was called to two serious road incidents on Sunday 16th March. During the mid-morning he was called to Ide Hill near Four Elms in the Weald of Kent when a 69-year old motorcyclist collided with a car receiving serious injuries from which he later died. Working with the […]