RTC A27 Near Drusillas

A male car passenger was evacuated to a London hospital by the Air Ambulance after his car left the road and collided with trees on the A27 near Drusillas today. He was released by the East Sussex Fire and Rescue Service after being trapped for an hour.  Members of the South East Coast Ambulance Service and Dr Pearce from SIMCAS  gave him medical treatment during his release from the car. The driver of the vehicle was able to walk away from the wreckage unaided. Only one vehicle was involved. 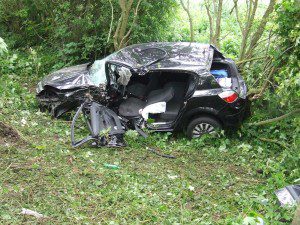 Crash on A27 near Drusillas